The bus left Vientiane at 20:30 at night. I took the overnight sleeping bus (read about my experience here – Weekly Photo Challenge: Foreign) and arrived at 7:30 AM in Phonsavanh, the capital of Xieng Khouang province. Good thing that Phonxay from the Kong Keo Guesthouse was there to pick me up. I chose to stay at this guesthouse because it is highly recommended by Lonely Planet. 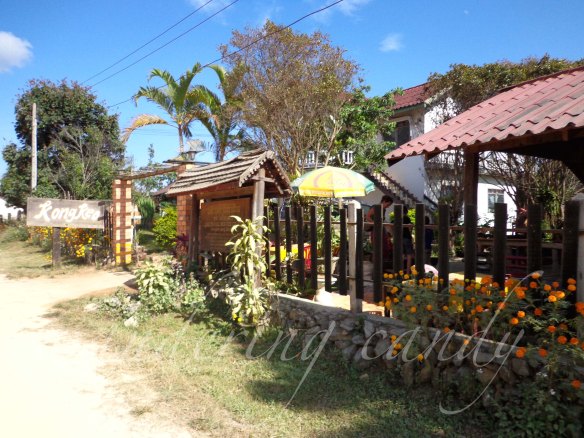 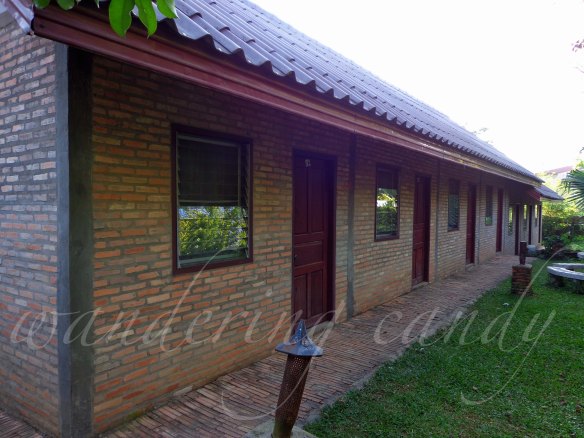 After a quick shower and breakfast, I went on a tour organized by the guesthouse. There were only 3 of us in the tour group – John the American Traveler, Phonxay our tour guide and I. We left the guesthouse at 9:00 AM.

First stop is the Plain of Jars. According to historians, it has been existing since 500 BC and some jars were used as a burial-place while others were used as a storage place for food and water. The jars diameter varies from 1 to 3 meters and are scattered all over the valley. The pictures below are from Site 1. The Plain of Jars has been nominated for UNESCO World Heritage status and is awaiting UXO clearance since some of the area is still unsafe due to landmines still in the vicinity. 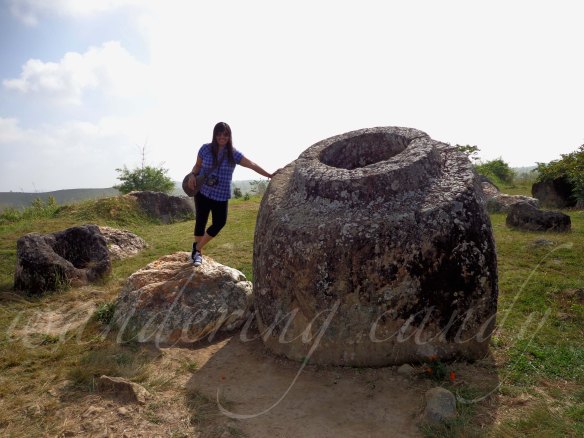 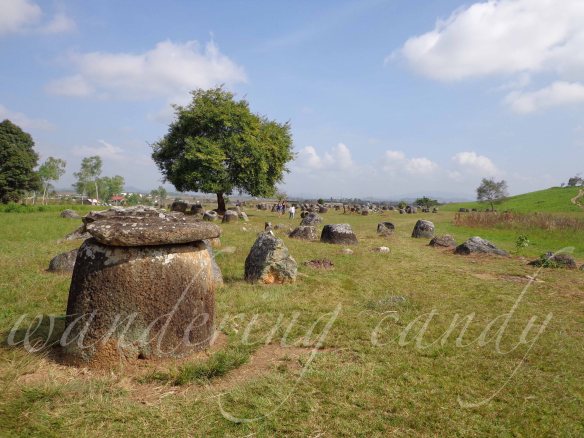 Next on the tour is the craters. These are bomb craters and they are so huge that if you were there when they dropped it you will disappear from the face of the earth, literally. These craters were due to bombs dropped during the Second Indochina war. 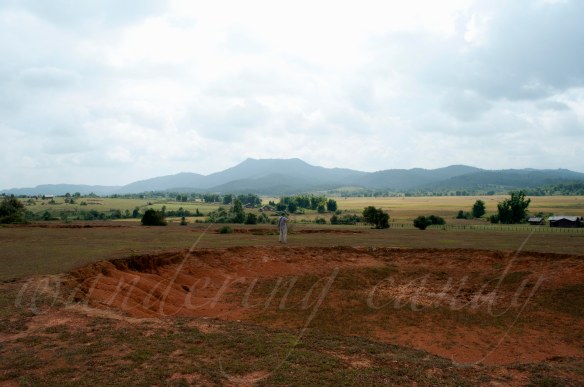 See the man? That’s how huge the crater is! 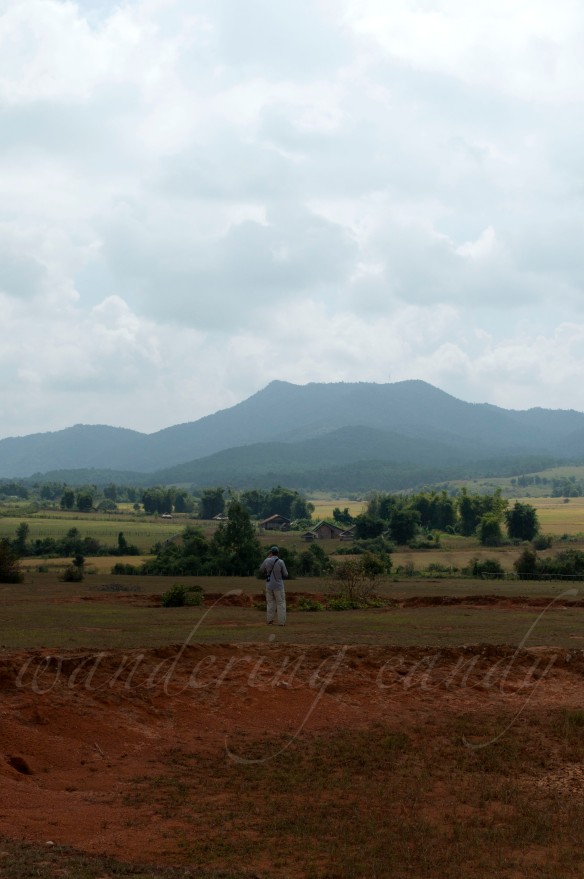 A closer look. Can you see the man now?

After visiting the craters, the next stop is the Secret Waterfalls. I called it as such because it doesn’t have any name and only locals know about this place. We trekked down to the waterfalls for about 40 minutes and it was pretty. 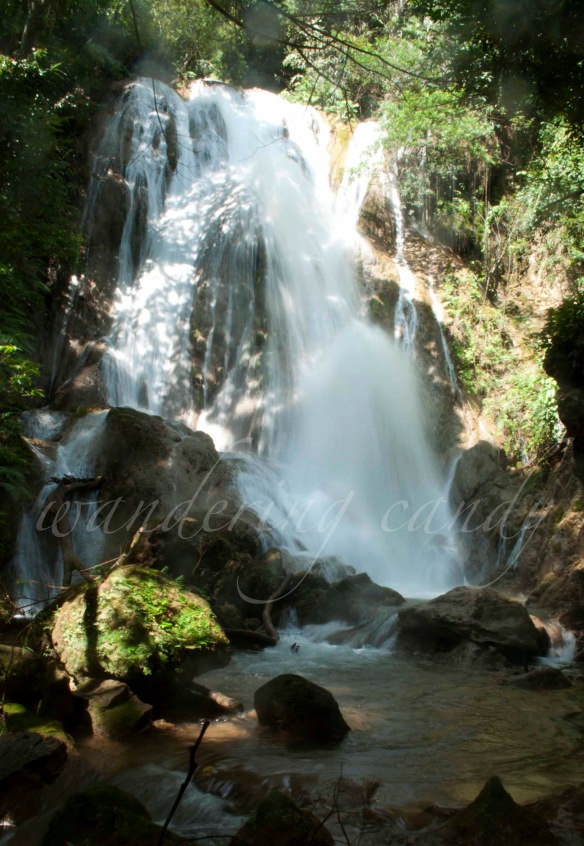 We stayed for a bit to rest and we started to climb back to the van. Going up, we went on a different and much interesting route. We were surprised to see another lovely waterfalls. 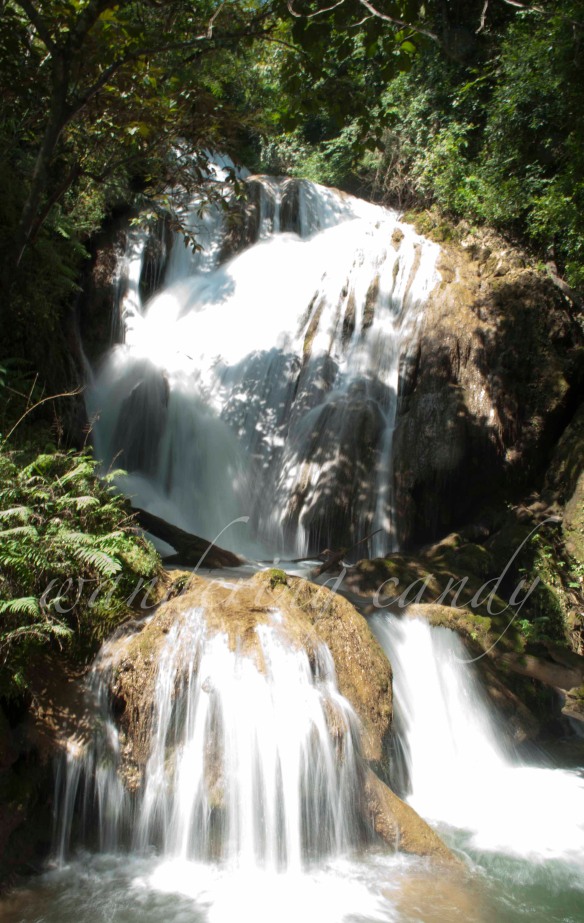 Then Phonxay said we are going to cross it and I thought he was joking. Apparently, he was not. It was exciting (it was my first time to do this!) and scary (hey c’mon I don’t want to slip and fall down!) at the same time. I was like, ‘Yes! I have crossed a waterfalls!’ while we were crossing it. And for a bigger and sweeter surprise, we traversed lots of waterfalls (1 to 7 meters tall) that we lost count! At one point, we even have to walk on a huge log while traversing. As we were trekking, Phonxay who was walking ahead of me suddenly stopped and turned around. I asked what’s wrong and to my surprise there was a VERY HUGE SNAKE!!!! It was as fat as a strong man’s arm and it scared the bejingles out of me! At that point all I could was, “I wish I could fly!” I was soooo scared but I don’t want the snake to crawl towards me so I stayed quiet while holding on tightly to John’s shirt (sorry it got so wrinkly after). I didn’t have the guts to take a photo of the snake much more stare at it. When the snake slithered down, we started walking again. I was tired but I walked fast just so I could get away from the snake. I was so relieved when we reached the road. This surely is an UNFORGETTABLE EXPERIENCE.

The last part of the tour is to visit a Hmong Village. We went around and I noticed that they used bombshells as the legs of the chicken house or as a feeding place for animals.

When we reached the guesthouse I was so tired that I fell asleep. I woke up at around 17:00 and the temperature was cooler. At night, you really don’t need an A/C or a fan because the temperature drops to 18oC.

The following day, I just hang around town and relaxed. There was really not much to see when you walk around town. But this is the reason why it is a charming place. It still has a typical rural town feel even if tourists are around. I hang out at Bamboozle since they have a great food selection and WiFi. They also serve beer and other alcoholic drinks so if you want to chill out, this is a great place to choose. 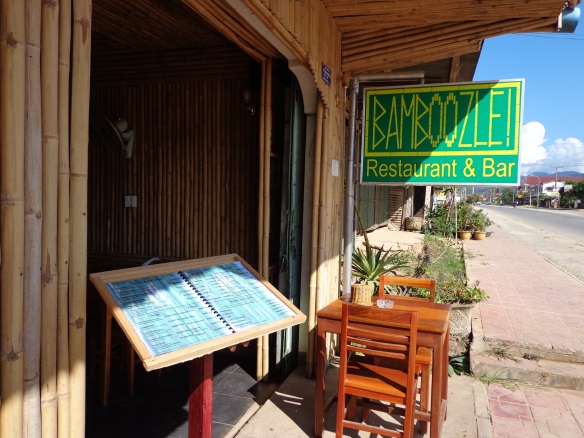 The day went by quickly and it was time to leave Phonsavanh and go to my next destination – Luang Prabang. 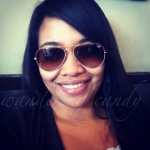